I’m writing this post to you from the home of my family out in Santa Monica, California. My daughter Raven and I came in to spend some time with my cousin.  It’s been an amazing time.  Great weather, lovely company, Disney, the Santa Monica Pier, visits with dear friends and a trip to Universal Studios coming up next week. 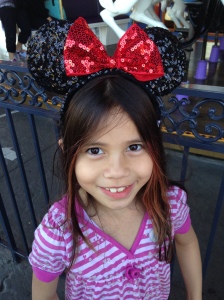 I’ll be back just in time to catch a flight down to Nashville to see more family and attend the Teach for America hiring fair – very exciting!

Then it’s back home for a few days and then OFF TO DCCon!  More about that later in this post…

I have to say that my Supernatural Inspired Necklace series exploded into much more than I thought it ever could be.

It all started out with me wanting to design pieces that captured the essence of Sam and Dean Winchester.  Oh, then there’s Cas, right?  And then wait, I want to do another Cas piece too.  And then what about the extended family like Bobby, Benny, Charlie…and bad guys need love too!  So of course you gotta represent Crowley, Abaddon, Meg…sigh…

So without further ado, here is a Supernatural Inspired Necklace Series 101 for ya’ll!

The Tenacity of Dean Winchester: A necklace to commemorate our hero, Dean Winchester and his never-ending need to do what’s best for everyone, risking his own life, and being ‘The Righteous Man”

The Tenacity of Dean Winchester

The Purification of Sam Winchester: The end of Season 8 – Sam Winchester ready to sacrifice himself by curing Crowley; the third and final trial. Each trial purified Sam’s soul. The beautiful clear glass cabochon with magnification qualities represents his soul, the silver wire woven around it being the trials purifying him.

The Purification of Sam Winchester

Castiel’s Grace: I wanted to create a piece that celebrated the essence of one of the most amazing characters in the Supernatural universe – Castiel.

The Heart of Castiel II: I wish you could see this in person. It’s a stunning glass oval of sky blue with white and black inclusions swirling inside it. 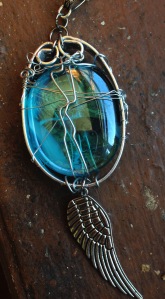 The Heart of Castiel II

The Loyalty of Benny LaFitte: Benny Lafitte was the one creature that managed to convince Dean Winchester that hunting was more than just about killing. Benny became almost like a brother, who ultimately gave his own life to save Sam Winchester.

The Loyalty of Benny LaFitte

The Genius of Charlie Bradbury

The Deception of Crowley: A piece that hopefully Mark Sheppard would agree captures the personality of our favorite King of Hell!

The Deception of Crowley

The Fire of Abaddon: A necklace inspired by the hottest Knight of Hell! A red glass cabochon is wrapped in coils of woven silver, with a pentagram at its top. 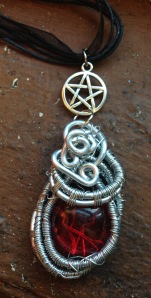 The Fire of Abaddon

The Complexity of Meg Masters: Meg Masters is quite a complicated character, isn’t she? A demon who is in love with an angel? Wow. A demon who went from making it her mission to destroy the Winchesters to sacrificing herself more than once to help them.

The Complexity of Meg Masters

The Wisdom of Bobby Singer: Bobby Singer was always the go to guy for everything. Not just lore on whatever creature was being hunted at the moment, but for life in general.

The Wisdom of Bobby Singer

The Soul of Sam Winchester

The Sacrifice of Mary Winchester: Mary Winchester is a woman of sacrifice. While she was alive she made a deal to save her soon to be husband, John Winchester. In death, she sacrificed her spirit to protect her sons, Sam and Dean. This piece was designed to capture the protectiveness, the maternal instinct, and the fierce love for John Winchester.

The Sacrifice of Mary WInchester

The Impetuousness of Balthazar: An angel who has authority issues but would drop everything to help Castiel, who in fact described Balthazar as ‘impetuous.’ Sebastian Roche brings such personality to our favorite bad boy angel.

The Impetuousness of Balthazar

And wait until you see the surprise piece I’m working on.  It’ll be ready in time for DCCon and I’ll unveil it there!

Sooo excited to be going to DCCon!  I’ll be bringing my eleven year old son, Jaden with me –it’s gonna be a total blast! Originally it was going to be the whole clan, but life gets in the way sometimes, so it’s just gonna be Jaden and me this time around.

And what kind of fun can you expect at my table at DCCon?  Well, for one thing – wormstaches, of course!

Osric Chau doin’ the ‘stache at my table

And I’ll be having another great contest! This time you’ll have the chance to participate in a raffle for a chance to win the companion bracelet to my Castiel’s Grace necklace!

The companion bracelet to my original necklace design: Castiel’s Grace! You can win this AND donate to Random Acts at the same time!

In this raffle, vote for your favorite Cas – angel Cas or human Cas! It’ll be great and I’m trying to get Misha Collins in on the fun too!  I’ll be donating half the proceeds to Random Acts – it’s for a great cause! 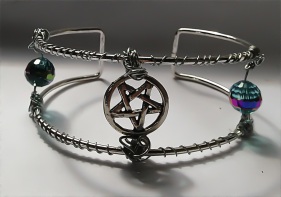 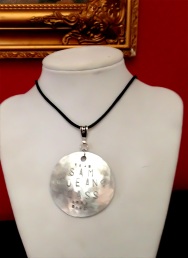 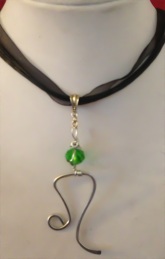 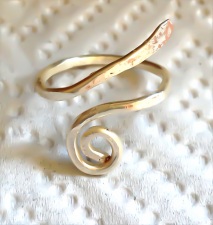 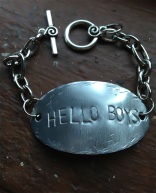 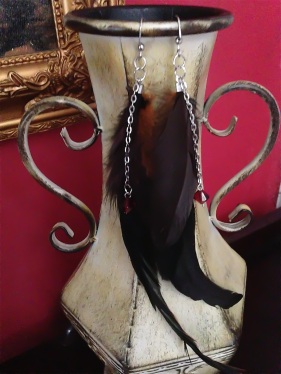 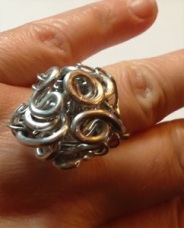 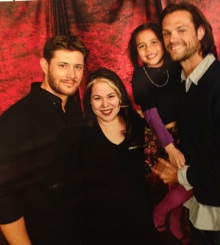 Top 10 of Anything and Everything

Crafting and shopping in one site